Working on stuff for gas fire 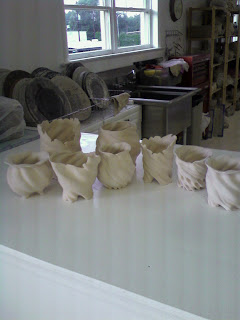 There is going to be a gas kiln cone 10 firing the first week of September that I will be putting a lot of pieces in. About 3 of my big pieces wont be going in due to that mineral chipping that happened a while back, so they are at risk for exploding. So I'm making some more things and gathering pots that have been in my basement collecting dust from not making it into the last gas firing. Mid September I should have many more pots in my inventory and be more comfortable selling at shows. There is going to be a show that my studio is taking part in called "Art on the Farm" in Manheim, which I will make a post about closer to the date, it is the first weekend in November. I will definitely have pieces in that. So here is a picture of some of the pieces that will be going into the gas firing coming up. I need to do a ton of glazing this week.
Posted by Alex at 8/20/2009 09:03:00 PM No comments:

Threw more today, spent about 6 hours at the studio. I made one hollow ball thing and put spikes on it while i was waiting for some clay to set up. One pretty big vase type and two small vase dealies that are going to be similar to the pots in the next post that are already bisqued. 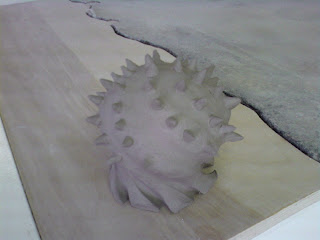 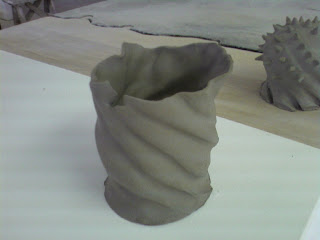 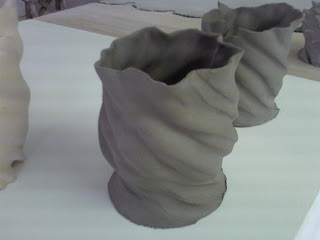 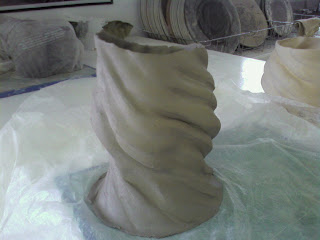 Trimmed these today and just waiting for them to dry more so I can sand and sign them. 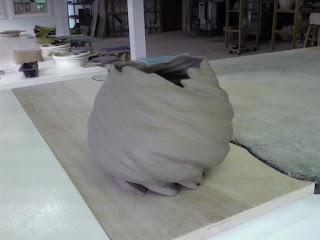 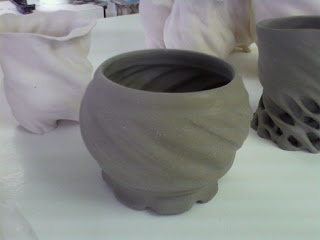 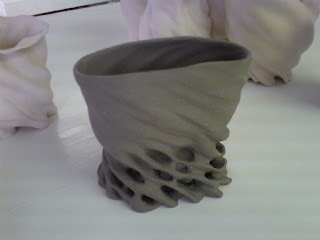 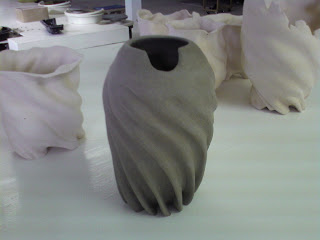 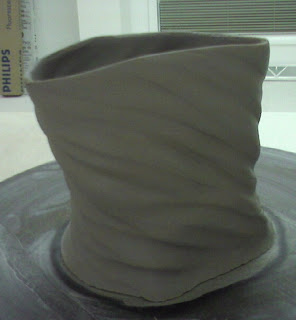 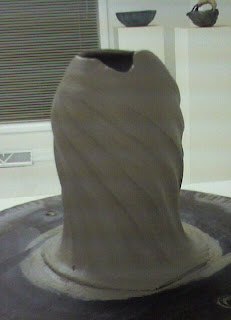 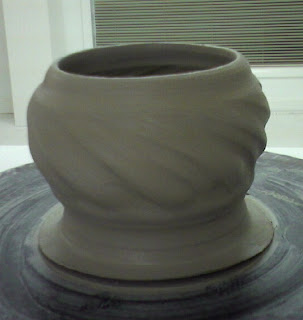 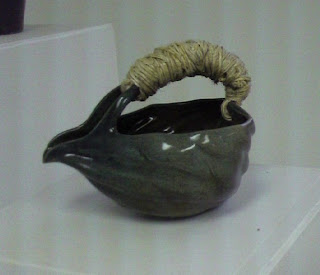 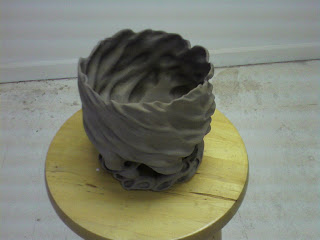 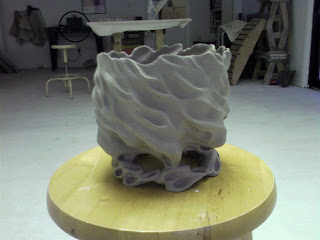 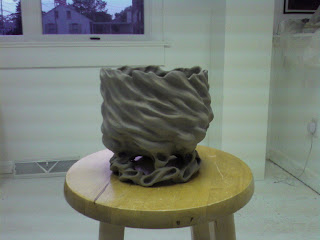 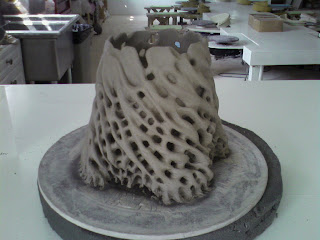 Currently what I have been working on for the last 3 full days. I threw it on sunday night and have been carving it mon-wed. Taking a break today. I'm almost done carving, taking a lot of the weight out, but it is going to be atleast 7-8 lbs. I might do a scholar stone base for it, we'll see. 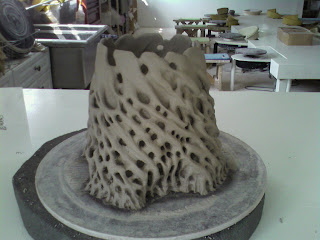 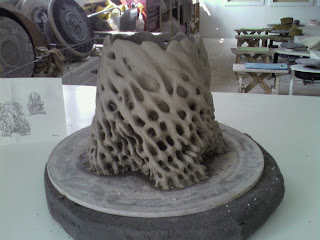